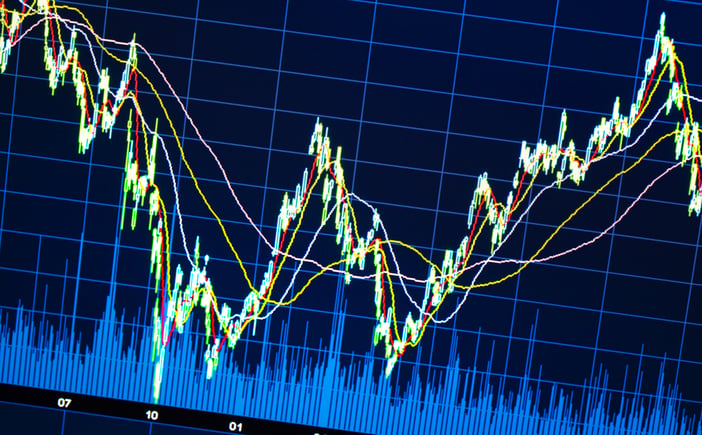 A Tumultuous 2020: A Look Back at the Year’s Largest Currency Changes

Looking back to the world of a year ago, open borders, naked faces, and all-you-can-eat buffets feel remarkably foreign. In December 2019, few of us could have predicted how volatile the upcoming year would be.

The impact of the COVID-19 pandemic has been so broad that it would be hard to find anything, anywhere, that hasn’t changed. The volatility seen in exchange rates is one of the major external indicators of the economic impact of the global turmoil of the past year.

Currencies Losing Value against the USD

Venezuela has had the highest inflation in the world for the past several years, and 2020 continued the streak. This year has seen accelerated dollarization as the bolivar soberano (VES) has fallen ~96% against the U.S. dollar. If you had converted the equivalent of $1000 USD into bolivars a year ago, it would be worth only about $42 today. While depreciation of ~96% is startlingly bad, it’s actually a bit less than last year, when the currency fell ~99%. In years past, the central bank rate lagged behind the parallel market rate, but the two rates remained close throughout this year.

The close relationship of rates in Venezuela is a contrast to Zimbabwe, where official and parallel rates spent much of the year out of sync as exchange rate policy saw drastic changes throughout the year. In the last 12 months, the currency has depreciated ~80% against the U.S. dollar. While the Zimdollar began the year on a heavily managed float, in March the government pegged the currency at 25 ZWL to 1 USD. The government didn’t have the means (via foreign reserves or policy) to carry a pegged rate through a period of heightened turmoil, however. The parallel market value of the currency buckled over the next several months and in June the government abandoned the peg under pressure. Going forward, the official exchange rate has been determined by weekly auctions. The auction-set rates initially saw months of severe depreciation, but the last quarter of the year has seen some stabilization and the discrepancy between the bank and street values of the Zimdollar has narrowed.

The Syrian pound is a pegged currency and depreciated ~65% against the U.S. dollar over the past year after a series of devaluations. The currency began 2020 at a freshly appreciated (but largely unsupported) rate after the government adjusted their long-standing peg in late 2019. In light of the economic impacts at the beginning of the year, they reversed the change in March. The government then depreciated the currency far more drastically in June as the parallel market value collapsed and sanctions against the government came into effect. Neither cut has neared the weak values seen on the parallel market, though — while the exchange rate remains at 1256 SYP/USD, the parallel market value fluctuates between 2,700 and 3,000 SYP/USD.

Like the Syrian pound, the Suriname dollar remains pegged, despite seeing a surprise devaluation of 47% against the U.S. dollar in October. Over the summer, some of Suriname’s debts went into default and the economic impacts of the pandemic brought into focus the consequences of years of financial mismanagement. The country elected a new president in July who had campaigned on economic reforms. Despite the difficulty and unpopularity of the actual steps being made to balance the economy (the currency devaluation as well as removal of gas subsidies), Suriname’s long-term prospects are a bit rosier than its peers on this list as the country stands to benefit from recently discovered offshore oil deposits.

The Seychelles rupee has seen depreciation of about 35% against the U.S. dollar over the past year, a major departure from several years of stability. Demand for hard currency is not necessarily much higher than in the past, but supply for foreign currencies has been deeply stressed this year due to the near-total halt of international tourism due to the pandemic. About 55% of the country’s GDP relies directly or indirectly on international tourism, which is the country’s main source of foreign currency. As an island nation, the country is heavily dependent on imports, so the demand for hard currencies is a practical one driven primarily by needs of businesses. The challenges compound over time, as dollar demand puts downward pressure on the currency, and the weak currency makes imports more and more expensive.

Nearly every month of 2020, the Zambian kwacha reached a record low. Over the year, the currency depreciated about 30% against the U.S. dollar. The kwacha depreciated ~19% throughout 2019, but the economic conditions of 2020 pushed the kwacha to continue to slide throughout 2020. Demand for Zambian exports fell amidst global market upheaval, and steps taken to contain the virus limited production of exportable goods, which in turn tightened the supply of hard currency. Zambia shares some challenges with the Seychelles, as a weakening currency and reduced foreign currency inflows turn the typical challenges of import dependence into a major drag on the economy.

The Angolan kwanza fell ~28% against the U.S. dollar over the past year, largely due to the pandemic’s impact on the oil industry. The currency weakened ~34% in 2019, due to many of the same factors that made the economy vulnerable in 2020. Angola’s economy is heavily reliant on oil production and oil prices, foreign currency reserves are low, and the parallel market is active. While the currency’s official rate was managed with a trading ban until October 2019, even with the more freely floating currency there remains a gap between the official and parallel market rates.

The Argentine peso has depreciated ~27% against the U.S. dollar this year primarily under a “uniform daily devaluation” model. This strategy was abandoned in October in favor of a managed float, as the government sought to control the fall of foreign currency reserves. Like the kwanza, the peso actually depreciated more in 2019, when it weakened ~37% under economic guidance from the IMF. 2020’s economic environment has taken the existing challenges of currency controls and multiple exchange rates and added price freezes, economic contraction, and pandemic lockdowns. This difficult business environment has pushed out a number of major international companies and caused others to reduce their footprints in the country.

The Turkish lira depreciated ~26% against the U.S. dollar in 2020, primarily in the spring and the fall. There have been many factors to the weakening of the currency, including unconventional monetary policy and lack of trust discouraging investment, concerns over depletion of foreign reserves, worries that central bank is politically compromised, and speculation that Turkey may face international sanctions. The central bank has burned through foreign exchange reserves this year in an attempt to prop up the lira, and reserves have reached their lowest levels in about 15 years. Fears of sanctions against Turkey are also rising — which is a multifaceted issue. Regional tensions have been volatile this year and Turkey’s role in the Nagorno-Karabakh conflict was scrutinized internationally, and the U.S. presidential election also took a toll. While Turkey has faced rebukes and criticism from U.S. government entities, the relationship between the current U.S. president and Turkish President Erdogan has remained friendly. The upcoming presidential transition in the United States may increase the likelihood of U.S. sanctions on Turkey.

What will happen to global currencies in 2021?

While the currencies most deeply impacted may take the longest to recover, the global economy is seeing positive signs looking forward. With COVID-19 vaccines being approved around the world and distribution continuing, hope is higher than ever for a return to normalcy at some point in 2021.

The U.S. will see a transition of power in January 2021, and many are expecting a more stable global foreign policy environment. Global risk appetite is rising and we’ll likely see a significant recovery. This will help currencies strengthen over the first quarters of 2021 as investors look for growth opportunities.

We’ll be crossing our fingers for a better year, but no matter what the future brings, AIRINC will continue to collect, research, analyze, and deliver data and advisory solutions to guide the mobility industry.

Reach out today by clicking below for help with exchange rate volatility and managing your Mobility program during these uncertain times. 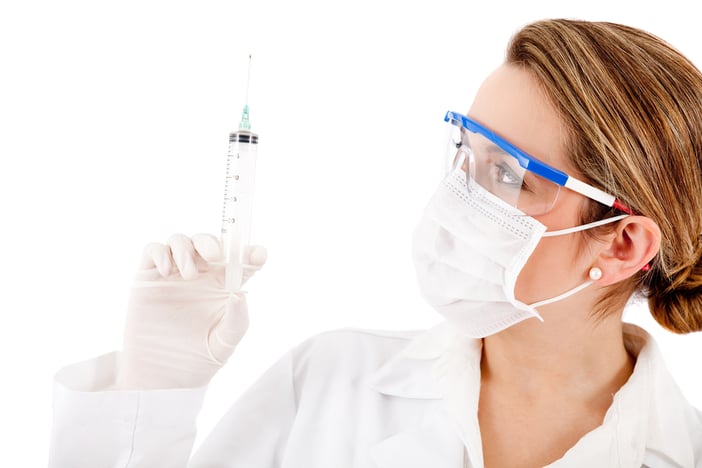 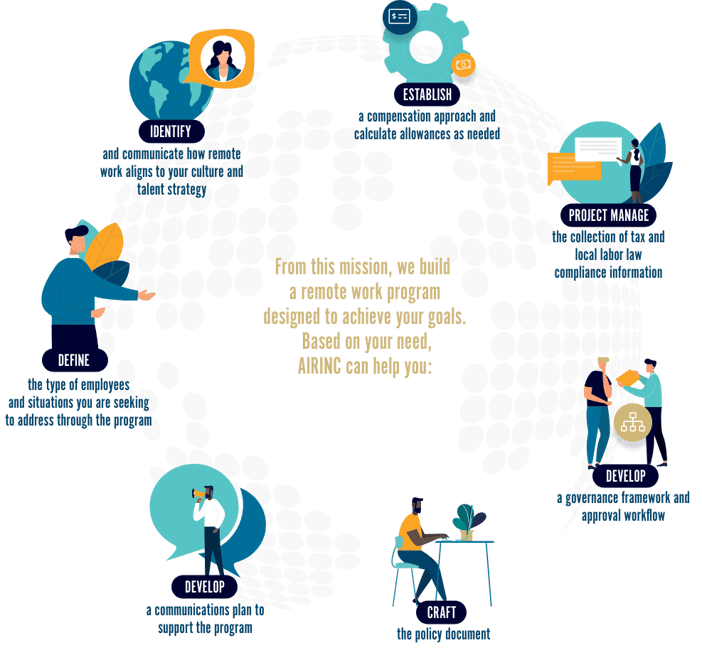