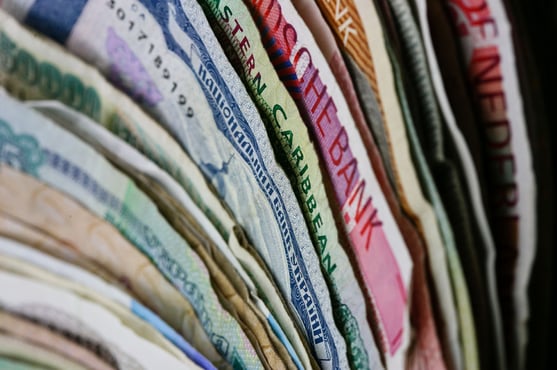 Food shortages and gas prices continue to negatively impact countries’ abilities to help their people obtain basic needs. Along with these difficulties, account deficits have also been a key factor to the depreciation of certain currencies.

Malawi and Bangladesh are examples of how a lack of reserves in foreign currency impacts future economic forecasts. The currencies that gained value are economically tied to Russia and experienced a rise in the value of their currencies over the last few months.

The Pakistani rupee declined due to a combination of the U.S. dollar gaining value, an account deficit, and pending IMF program. The account deficit and lack of foreign reserves negatively impacted the currency. Pakistan will hike fuel prices 20% so it can continue to receive money from its previous IMF loan signed in 2019.

The Bangladeshi taka depreciated due to a shortage of U.S. dollars within banks. The primary reason for this is the larger number of imports compared to exports. The Bangladesh Central Bank allowed the exchange rate to depreciate naturally to help remedy this discrepancy.

Lebanon’s economy continues to worsen due to several economic conditions. Gas prices increased greatly in the last few weeks and there is an ongoing wheat shortage resulting from the Russian-Ukrainian conflict. Protests started in Beirut over the currency’s depreciation and the fear of political paralysis following the election.

The Turkish lira depreciated due to rising inflation, low rates, and slow economic growth. Additionally, there has been some geopolitical disruption as Prime Minister Erdogan opposes Sweden and Finland’s efforts to join NATO.

The South Sudanese Central Bank announced that they anticipate the SSP to further depreciate in the short term. Food price increases and the Russian-Ukrainian conflict are cited as the main reasons for this.

Venezuela’s inflation rose higher than the previous month’s due to higher import costs and the rising strength of the U.S. dollar. The Central Bank of Venezuela plans to intervene in the foreign exchange market to stabilize the exchange rate if the U.S. dollar continues to appreciate.

This month the Laotian kip is primarily affected by inflation, but there are other factors contributing to its depreciation. Low wages have made it difficult for people to make a living and many are looking to move out of the country and into Thailand. Laos also has a public debt issue owing about half of its $14.5 billion debt to China.

Sudan is affected by rising wheat prices and food shortages. Exporting wheat from Sudan was recently banned in concern of a shortage in the short term. Frequent droughts and political instability are still ongoing risks to the nation’s growth.

Malawi’s currency was devalued to meet the IMF’s standards as they resume talks of a government recovery package. Malawi has low foreign currency reserves from the increase of prices in commodities and decreasing revenue from exports.

Zimbabwe’s currency depreciated as the country continues to face economic hardship. The constant depreciation and increase of food prices caused workers and businesses to demand higher wages as it becomes harder to purchase basic needs. This also resulted in food hoarding as food production has slowed due to droughts and the Russian-Ukrainian conflict.

The Armenian dram appreciated due to the relative economic stability in the region. Russia is one of Armenia’s closest trading partners and the dram’s movement has coincided with the strengthening ruble. The government views this as a benefit for the economy to help with inflation but the drastic increase has caused some issues for companies exporting out of the country. These companies are having a hard time paying workers and some companies have resorted to laying off personnel to keep profits steady.

Tajikistan also benefits from a strong ruble and appreciated this month for similar reasons as Armenia. In late May, Russia announced that Tajikistan is their main area focus for trade and increased its trade volume 49%.

The ruble appreciated due to Russia’s aggressive measures to prop up the currency and because of rising commodity prices. Energy exports have mostly contributed to this and have helped Russia’s trade surplus grow. While this may be good in the short-term, there is concern of shortages resulting from the economic sanctions placed by Western nations. This includes the risk of European nations reducing the amount of oil they purchase from Russia.

What does inflation mean for you and your global talent?

Zipping around Zurich – Do you need to fuel up?