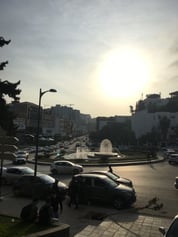 In June 2021, the Algerian government announced it would ease the ban on importing new cars and car parts. Government officials are currently dealing with permits and contracts for commercial importing of cars and will try to approve them quickly so that new cars can start being imported this fall. By loosening these restrictions, used cars less than three years old can be imported as well.

Background on the Ban

In 2016 the Algerian government started restricting the importing of new cars to try to build up the Algerian car industry and domestic car production, in part due to a drop in oil revenue. This eventually led to a full ban on new cars. In 2019, the government restricted the importation of car parts as well, and most foreign car makers in Algeria closed their factories. As the supply of new cars in Algeria fell, the price of used cars increased considerably. The pandemic further hurt the Algerian economy in all aspects, but especially exacerbating the issues in the oil and car insurance industries.

Even after the ban is lifted, it is speculated that there will still be restrictions limiting both luxury vehicles and cars with large engines from being imported in order to focus on the “average Algerian.” There may also be limits on how often someone can buy an imported new car. For now, the used car market remains the only way to purchase a vehicle. There is no set date the government is seeking to complete commercial permits and agreements, but the end of the year is the earliest reasonable time when imported cars will arrive back in Algeria.

Is this the future of benchmarking?

Home leave allowances: why now's a good time to switch

New to mobility or need a refresh? Access now for free:

Aaron joined AIRINC in 2021 as a Research Analyst. His main roles include collecting and analyzing international housing and goods and services prices. He received his B.A. in International Relations and a minor in French from the University of Southern California. In addition to English, Aaron speaks Spanish and French. He is based in the Cambridge office.