Where do you find your people when abroad? 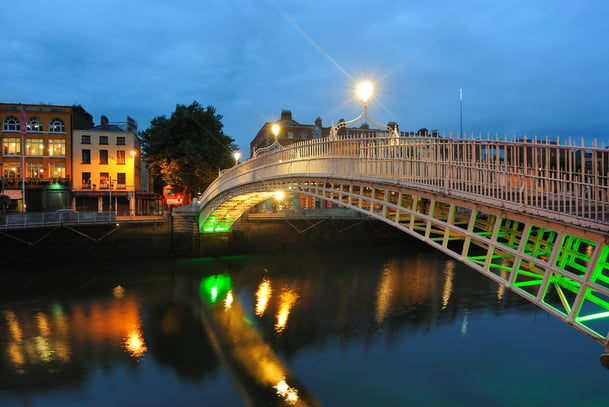 Ireland has always had a long history of emigration. Half the population emigrated in the 1800’s during the Great Famine (which is why I can work with so many lovely Irish-Americans from our Boston Office). Civil war, economic turmoil in the 80’s and early 90’s as well as the crash of the Celtic Tiger in 2008 introduced wave after wave of Irish people to the world. With rising rental prices in Dublin and the expectation of an imminent recession in Ireland that history of emigration is likely to continue.

In fact, up until very recently I was sure that expat was a slang term for Irish people meaning formerly Irish… Ex Patrick. I am no different than all those other ExPaddys as I am now living in Brussels and may have taken for granted the safety net that a historic network of Irish people abroad has provided me. I always know where to find people like me; with bad fashion sense and a diluted lilt abroad. There are two obvious places to look.

The first is …an Irish pub. A good Irish pub will be owned by a bigheaded (purely in the physical sense), red-faced Irishman and if they pour a good pint of Guinness will attract those of us that enjoy the finer things in life like moths to a flame. If you pour it, they will come… and like Yeats once said in an Irish pub “there are no strangers here, only friends you haven't met yet".

The second spot is the local GAA Club. The most popular sports in Ireland aren’t soccer, rugby, golf, or tennis. Gaelic football and hurling are the sports most of us Irish play/have played/ and/or spectate. The clubs are in almost every city I have visited. In Australia there are over 70 clubs, and in London alone there are 34. When far away from home I always know where to look when I want a decent chat.

It made me think whether other nationalities were as fortunate. Where does a Chilean go when in Warsaw to meet other Chileans? How does a Singaporean survive in Toronto when they are homesick and want to hear some familiar accents?

Brussels is peppered with Latin bars, Middle-Eastern restaurants, and African shops which draw those specific crowds providing emigrants familiar surroundings to meet one another. Specific sports have the same effect. Brussels rugby and cricket clubs for example seem to have a magnetizing effect to anyone from the commonwealth.

Based on a quick chat with colleagues in the office it seems that other than certain cafes and restaurants the place to go is Facebook groups. They are the best way for finding expats in general and in big cities you may be lucky enough to find a group of your compatriots living abroad.

It would be great to hear from you, where do you find your people when abroad? Or maybe you went abroad in the first place to avoid them all together… Add your comments below!

Read more from our blog:

Anraoi joined AIRINC in 2021 as a customer engagement representative. His primary responsibilities include supporting Client Engagement managers in providing the best service to the various clients. Anraoi is originally from Ireland. After graduating from Dublin City University in 2018 he moved to Leuven, Belgium to complete a Master’s Degree in Psychology at Katholieke Universiteit Leuven. Anraoi has worked in Ireland, Canada and now Belgium. Anraoi is a native English speaker and speaks Irish, he also has a basic level of French.