Is China’s Greater Bay Area (GBA) the next hot spot for international talents? 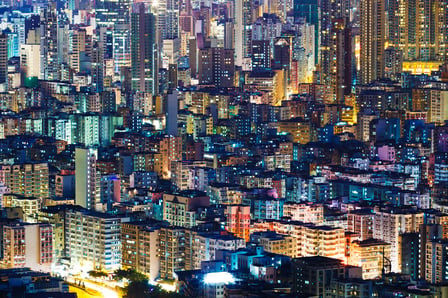 What is the Greater Bay Initiative?

The Greater Bay Area (GBA) is China’s ambitious goal to develop an integrated economic and business hub that links its two special administrative regions of Hong Kong and Macau along with 9 Chinese cities across the southern China region.

Let’s look at some of the key development areas that puts GBA as the next focal point for international talents.

GBA is striving to achieve the 1- hour living circle where residents can travel between cities in only one hour. Projects have achieved a reduction from in the 4-hour journey from the HK International Airport to Zhuhai to only 45 minutes. The Express Rail Link also reduced the travel time between HK and Shenzhen to under 18 minutes.

Reduced travel time will play an integral role in attracting local and overseas talents to the GBA, especially now that many employees have flexibility to live and work in different cities. Someday soon, it will not be unusual for a finance professional based in Hong Kong to live in Zhuhai where the housing and cost-of-living is still relatively lower.

Prioritizing a high quality of living

Besides the creation of a world-class infrastructure, GBA is also focusing on bringing in talent to help it develop into a desirable place to live, work, and play. GBA is working towards recognizing professional accreditations from other countries so that professionals from various fields such as accounting, legal, medical, and academia are given the chance to participate in this initiative. This is a very attractive proposition, as there are not many places in the world with access to 86 million rising middle-income consumers with increasing need for services.

The Push on Innovation & Technology

GBA is aggressively expanding its agenda as the region’s foremost technology hub. Leveraging on Shenzhen’s technological prowess and Hong Kong’s edge as the leading financial hub to raise funds, GBA has its eye on rivalling head-to-head with Silicon Valley.

The HK- Shenzhen Innovation & Technology Park (https://www.hkstp.org/) is now one of the largest technology hubs for scientific research and home to about 1,000 technology companies.

The GBA initiative is poised to be one of the most promising economic blocs in APAC. While some of its goals maybe lofty, the development is not from scratch. It is built on the backs of the success of the Pearl River Delta Economic Zone, which successfully launched China as the factory of the world.

Along with Hong Kong’s reputation one of Asia’s most prominent business centers, Shenzhen’s outstanding achievements in technology and innovation, and Guangdong’s strength in supply chain and logistics network, there is also access to a strong labor market. There is no doubt that GBA presents international talents with an attractive work and life proposition.

Preparing for the next wave of remote work requests

Movers and shakers on the 2021 Global 150 Cities Index

Losses and Gains in Foreign Exchange: An update on global currency - July 2021

Natalie has ten years of experience in human resources and global mobility. She is the Senior Client Solutions Manager for AIRINC APAC and is responsible in developing partnerships with APAC based organizations. Natalie has extensive experience in helping Asian-based companies extend their global footprint. Born in Malaysia and educated in Australia, Natalie holds a Bachelor of Arts in Communications from Murdoch University, Perth Western Australia and speaks four languages.