Calgary Housing: Competition in the “Texas” of Canada 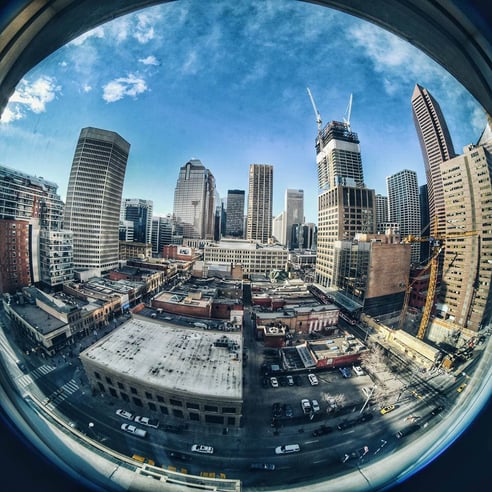 Calgary’s desirability is growing fast, causing quick movement in the housing market. With low cost of living, an up-and-coming tech sector, and loosened COVID-19-related travel restrictions, Calgary is a popular destination for both domestic movement and international assignees. While this is boosting Calgary’s economy and allowing a lot of growth for the Alberta city, the influx of people has created new changes and obstacles, especially within the rental market.

New Construction in the Wrong Direction

According to sources, the limited supply of available rentals and rising demand caused a jump in rents. There is a good amount of construction, especially in the downtown/Beltline area, but these are mostly apartments, which have been falling out of favor. Due to COVID-19 restrictions and the rise of the work-from-home era, renters in Calgary are opting for bigger houses in the suburbs with yards and office space as opposed to smaller apartments. Additionally, Calgary’s nightlife has still not recovered, contributing to the decreasing desirability of apartments downtown. This imbalance in supply and demand has made availability extremely low, especially for larger units further from the city center. Although this may be good news for younger executives who are open to living in the city, it has made the market increasingly more difficult for anyone hoping to find a suitable space for a bigger family.

Is Alberta the New Texas?

One source described Alberta, and Calgary more specifically, as the “Texas of Canada.” This is a fitting way to categorize Calgary’s recent growth and desirability. Similar to Texas, Calgary is seeing a lot of movement into the city from other, more expensive provinces. Both locations also have strong, oil and gas-based economies that have now begun to diversify with increasingly expanding tech sectors along with other emerging industries. If Alberta follows Texas’s lead, there will be a lot of growth and prosperity brought to the region. However, this will mean even more competition within the housing market.

Despite its growth in many other sectors that have diversified the city, Calgary is still first and foremost a gas and oil-based economy. This means that the behavior of the housing market and the economy overall is still contingent on this industry. There are currently large spikes in the price of gas worldwide due to the Russia-Ukraine crisis, however, as of now it does not seem like this has had a direct effect on the Calgary housing market besides individual renters needing to budget for the higher rents. Overall, sources predict that current trends will continue, and that rents will continue to rise.

Need more information on any housing trends across the world?

Webinar: One Way(s) - Leveraging “Permanent Moves” to Attract and Retain

Eliza is from Austin, TX and currently lives in Boston, MA. She joined AIRINC in January 2022 as a housing and goods and services researcher. She has researched domestic housing markets with a concentration in the South, and has also researched global markets in South America, The Caribbean, and Europe.