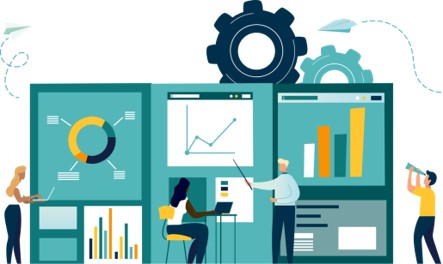 With the ruble falling almost 15% over the weekend, you may soon be hearing concerns about Cost of Living Adjustments (COLAs) and exchanging money from your assignees in and out of Russia. When fielding these questions and thinking about what steps to take, it’s important to remember that currency devaluation affects assignees inbound differently from outbound assignees especially in the context of COLAs.

Before we get into how devaluations affect inbound vs. outbound assignees, a general reminder that currency markets are volatile, so it’s important not to react too much to a big change in the daily rate as that may result in overstating what assignees really need. To ensure this from happening, most AIRINC clients use an average rate to avoid their allowances being overly influenced by fluctuations in the daily rate.

Additionally, it’s important to note that the employee’s exposure to exchange rate risk is dependent on whether pay is delivered in home, host or split currencies.

Now let’s look at the impacts of currency fluctuations for assignees into and out of Russia.

Assignees out of Russia

Russian assignees being paid in rubles will find that the value of their COLAs in their host country currency has fallen significantly. They may struggle to transfer sufficient funds to purchase their host market basket. An update to the COLA may be necessary to ensure they are receiving a sufficient supplement to their own spendable income to maintain purchasing power. Note, however, that exchange rate-driven increases may be somewhat or entirely offset by inflation later should inflation follow the ruble depreciation.

As noted above, employees paid in rubles will feel the most impact, Russian assignees’ goods and services purchasing power will not theoretically be negatively affected by the devaluation if they are being paid in host currency or on a split. As the COLA and the assignee’s own spendable income are being delivered in the currency in which they are expected to be spent, they are not at risk from a devaluation.

The COLA and the assignee’s spendable income are expected to be spent in Russia in rubles. However, any other salary being delivered in rubles will be worth significantly less if they need to transfer them out of Russia. Therefore, assignees being paid wholly in rubles may have significant portions of home savings at risk. In those cases, companies may want to provide some protection on transfers at home for the portion of net income not expected to be spent in Russia.

It's important to note that exchange rates and inflation are in some ways interlinked. A country’s currency can depreciate due to inflation expectations and currency depreciation can lead to price increases for imported goods. It is, therefore, important to monitor inflation to determine if further updates are needed to keep pace with inflation, especially for Russia-inbound assignees.

What are the top 20 most expensive major cities in the US for housing?

How focused is global mobility on sustainability?

Adam Silver joined AIRINC in 2006 and currently serves as the Director for Client Engagement, North Central US. Adam has worked in Client Engagement at AIRINC for 14 years, partnering with AIRINC’s clientele across most industries to help provide data, consulting and support to help them reach their mobility goals. Adam received his BA from Wesleyan University and was an expatriate teaching English in Osaka, Japan from 2005-2006.