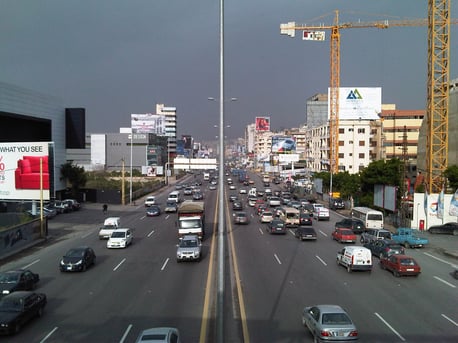 As we review the ongoing crisis in Lebanon, Alex Davis of our data team, and Emily Stewart of our client engagement teams have paired up to provide information about the markets and details on how organizations are handling the challenges associated with inbound and outbound Lebanon assignments.

How has the market evolved?

The official exchange rate for the Lebanese Pound has been pegged to the dollar at its current rate of approximately 1,505 to the dollar since 1997. Starting in late 2019, a parallel market rate emerged as Lebanon’s liquidity problems became apparent. Their central bank defaulted on debt in 2020, instituted financial controls limiting withdrawals as foreign currency reserves dwindled, and printed large amounts of local currency which all fuelled a weakening of the pound on the parallel market and high inflation.

The Banque du Liban has recently released US dollars into the currency market and made a push to make the ‘Sayrafa’ rate the standard for international card and ‘fresh dollar’ accounts. This influx of dollars into the market has also strengthened the parallel market rate from lows in mid-January.

Recent reports have also revealed a government plan to devalue the official rate in order to reach a deal with the IMF. This devaluation would see the official rate lose more than 90% of its value and unifying the multiple exchange rates.

What are the top 20 most expensive major cities in the US for housing?

Emily joined AIRINC's as a Client Engagement Manager in 2016. Prior to joining, she held various positions at Deloitte, Graebel Relocations, and Cartus, where she specialized in global mobility consulting and expatriate compensation. Emily holds degrees in French and Spanish from Oklahoma State University. Originally from the U.S.A., Emily has also lived in the Czech Republic, Brazil, and Belgium; she is now based in AIRINC’s London office.