Looting, Lockdown, and the Expatriate Lifestyle in South Africa 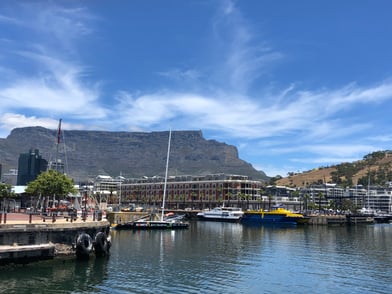 South Africa had a rough July of civil protests, rioting, and looting. Lives were lost, shopping malls were robbed, shops, petrol stations, and even whole suburbs were burnt to the ground, leaving many without food, supplies, and medication. On top of this, the country went back into level 4 lockdown for most of July due to a massive surge in the number of COVID-19 cases. Schools, gyms, clubs, sports centres, restaurants, and bars were closed for 2 weeks. The sale of alcohol for home or off-site consumption was also prohibited to ease the burden on hospitals.

As a South African (living in Brussels) and an AIRINCer, I often find myself drawing parallels between what is happening in my home country, AIRINC data, and questions received from companies. Many companies have expatriates in South Africa, and some have asked why the Hardship Premium did not increase as a result of the civil protests and rioting. AIRINC’s hardship methodology is based on an objective, comprehensive, and consistent measure of expatriate living conditions, and it is designed to assess long-term situations. Our dedicated hardship team monitors the situation in all AIRINC Hardship locations and updates them quarterly whenever a change is warranted. Thankfully, the situation is South Africa has stabilized, but if it continued to escalate, a change may have been implemented.

Another concern for assignees is the availability of goods and services. Availability was initially driven by the lockdown when bars and restaurants were closed, coupled with the complete ban on liquor. Following this, in areas affected by the riots and looting, there was little to no supply of food or basic necessities. Also, when it was feared that rioting would start in other cities, people started panic-buying supplies, emptying the shelves in some supermarkets. Although assignees may receive a Cost of Living Allowance to protect against excess goods and services costs in the host location, the events in South Africa may have forced assignee spending patterns to change. In the best-case scenario, it was not possible for assignees to eat at a restaurant; in the worst-case scenario, assignees did not have access to basic supplies. However, these spending pattern changes affected both assignees and locals alike and, as the changes were temporary, AIRINC did not see companies changing assignee allowances or paying additional premiums.

AIRINC provides companies with various allowance types, including Hardship Data and Cost of Living data. AIRNC also has a dedicated team to answer any location-specific questions you or your assignees might have. 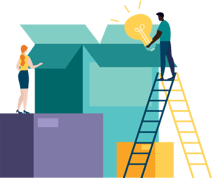 A Personalized Approach to Achieving Diversity, Equity, and Inclusion in Mobility

Jani joined AIRINC’s Brussels office as a Client Services Manager in 2015. Before joining AIRINC, she spent seven years with Deloitte Belgium, specializing in human capital advisory services, expat taxation, and global mobility consulting. Jani graduated from Oxford Brookes University with a BSc Honors in Applied Accounting. She is also a current member of the Association of Chartered Certified Accountants (A.C.C.A) and is licensed to practice before the U.S. Internal Revenue Service as an Enrolled Agent. Jani is a dual South African-Belgian citizen. A native English speaker and fluent in Afrikaans, she spent her early life in South Africa before moving to London in 2005 and later to Belgium in 2008. As of April 1st 2021, Jani is an Associate Director, leading one of our two client engagement teams in the EMEA region.