How are worldwide currencies performing?

The United States’ interest rate hikes, account deficits, and increased spending have all contributed in some way to this month’s currency changes. The interest rate hikes made by the FED have continued to push the value of other currencies downwards and have also impacted import prices for food and fuel.

Foreign reserves decreased among countries as demand for the U.S. dollar increases among investors. Central banks from various countries implemented currency controls, increased rates, or intervened in the foreign exchange market to counteract the lasting effect of the U.S. dollar. 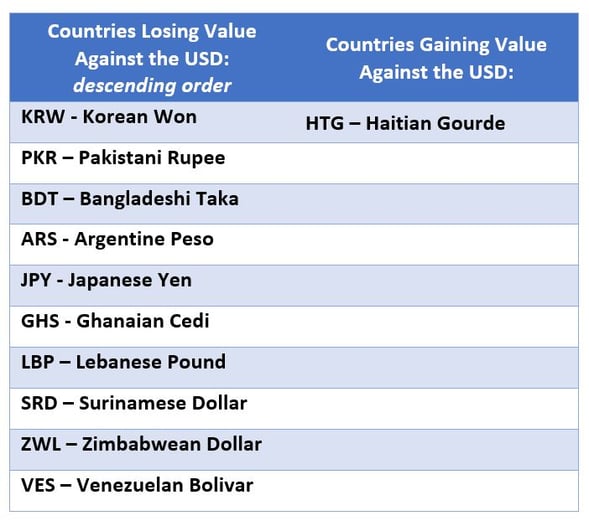 Subscribe to our blog to stay updated on changes around the world that impact Global Mobility & compensation.

Take the Pain out of COLA Updates

The latest results are in! Rent increase in Singapore, country tax updates, and more!