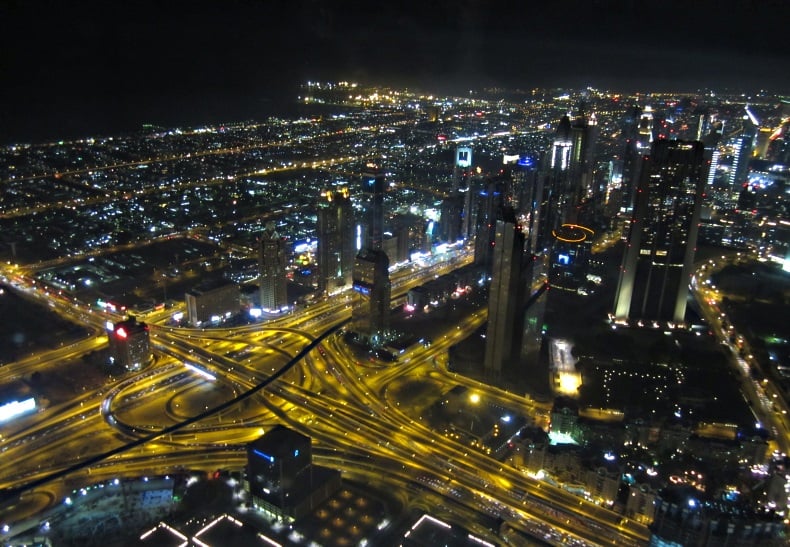 A night view of Dubai as seen during a recent AIRINC cost of living survey.

While on the roads in Abu Dhabi and Dubai, you’re as likely to pass delivery-laden motor scooters as you are Lamborghinis, and all enjoy the smooth, well organized road systems in the country. Much of the urban areas of the United Arab Emirates are new compared to other major cities in the world and have benefitted from superior construction technology and modern planning philosophies not available in past decades.

While I encountered some traffic in Dubai and Abu Dhabi, both ranked fairly well compared to other global cities – in INRIX’s 2017 Global Traffic Scorecard at 208th (comparable to Vancouver BC, CAN) and 727th (comparable to Columbia, SC, USA) respectively among 1300 of the world’s cities. Once known for severe traffic, congestion has improved over the last decade due to new and improved roads, introduction of the Salik toll system, and introduction of the Dubai Metro.

Many factors, such as traffic conditions and security environment, impact transportation options for expatriates. If you’d like to learn more about expatriate transportation in China or anywhere around the globe, click below today:

Has your Mobility Program considered hiring a driver for International Assignees?